Privately held and family owned, Master Service was established as a commercial/industrial electrical contractor in February 2017. Our company has a proven track record as a high quality, customer service oriented business. Our owners, Bryan and Katy Totten, strive to ensure that every customer we provide service to becomes a repeat customer. Our business has been carefully built with only the most dedicated and talented employees hand-selected to join the team. Our staff of dedicated, hard-working, and highly skilled employees has the experience and knowledge to manage projects that deliver optimal quality and value for our clients.

The owners and employees of Master Service have directed and successfully completed many types of electrical projects, some with values up to $3,000,000. These include hospitals, schools, colleges, generators, backup power systems, along with athletic fields and facilities. 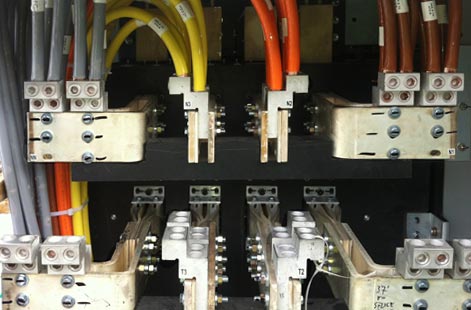 Bryan Totten began his career at Tri-County Electric, following his graduation from Elkins High School and the Randolph County Vo-Tech, in 1982. He began as an electrical estimator and apprentice electrician working in the field until he received his Journeyman's license in 1987. He was offered a position as a Project Coordinator in 1987, which he accepted. In 1991 Bryan received his Master Electrician's license. On owner/operator Sterl Dean's retirement in 1992, Bryan was promoted to Office Manager. In 1993, Bryan felt the need for change and accepted a position as Electrical Estimator/Project Manager with Mid-State Mechanical in Anmoore, WV. During the next several years he contemplated opening his own commercial business. He established Totten Enterprises, a residential electrical company, in 1997. In 1999, he joined forces with Sterl Dean to establish Master Service Mid-Atlantic. Bryan held the title of President for 8 years until selling majority stock to Pat Smith, which in turn allowed Master Service Mid-Atlantic to become a Service Disabled Veteran Owned Small Business.

Bryan, with an eye to the future and in keeping with his dedication to family, approached his daughter Katy Totten with the idea of a new business venture and so Master Service Corporation was born. In February 2017 Bryan and Katy opened the doors to the new company.

Katy Totten began her electrical career the summer of 2010 when she was 14 years old. She spent the summer working for Master Service, alongside other summer hires unloading and sorting multiple pallets of material.

While enrolled at Elkins High School, Katy also attended the Randolph Technical Center where she completed studies in Electricity and Power & Energy. Upon graduation she was awarded the prestigious Blair & Sue Montgomery Scholarship to Pierpont Community & Technical College. She attended Pierpont from 2014-2017 while also serving evenings and weekends as Vice President of Master Service Corporation. Katy earned AAS degrees in Mechatronics and Applied Process Technology with pathways in Energy Systems Operations and Instrumentation. Upon graduation, she came onboard full time as Vice President.